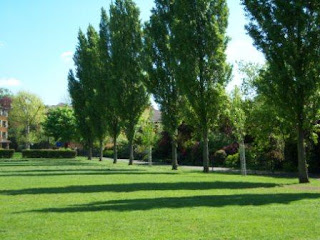 Whenever the Dame hears of the Council 'consulting' she emits a long sigh.
So, what's happening at Kensington Memorial Park and why is Cllr 'Oirish' Ahern sounding as if he has been kissing the Blarney Stone.......

No, nothing to do with the ex Mrs. Ahern and her monumental tax problems.
This time it's about unwanted 'improvement' plans for the much loved Kensington Memorial Park..... and the abortive consultation.
Reading the stuff from the Council (below) it seems that the 'reputable company with over 20 years experience' cocked up.

Users of the park come from well over a mile away so why was the distribution radius a mere quarter of a mile?
Leaflets distribution is as cheap as chips.
To get a good opinion sample leaflet distribution should have been extended to at least seven thousand homes and that would have cost no more than £800. 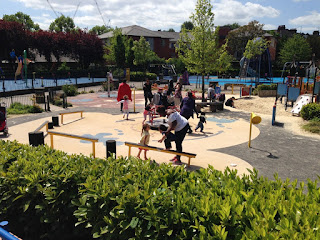 And, because of the distribution cock up the cut off should have been extended to mid-December and not the end of November.
A panel of residents should also be appointed to check the feedback.


How often have we seen blatant misinterpretation of feedback to fit with the Council's plans?


The consultation exercise has not been outsourced, but delivery of the information about how to access the consultation was undertaken by a reputable company with over 20 years experience in London.  Delivery of postcards was undertaken originally within a 400m consultation zone.  The postcards were delivered to all premises within that area, rather than households alone.  This is because the leaflet distribution company does not distinguish between residential premises and other addresses, and because the council is keen to include the views of all park users, including people who may work locally.
This method has proved to be a cost effective way of distributing consultation materials in the past. The information regarding the number of premises within the consultation zone has been taken from the National Land and Property Gazetteer which every council maintains.
It was disappointing to learn that some people did not receive the information, and where officers were given contact details a link to the survey or a hard copy was sent out.  The 400m consultation area was selected because this equates to an approximate 5-minute walk from the park.  Although the first round of consultation was publicised via social media, posters within the park, at the Sports Booking office at Holland Park, the two local libraries, via local councillors, and on the Council website, there were fewer than 300 responses.