THE REHABILITATION OF PAGET-BROWN STARTS....AND NOT A MOMENT TOO SOON

Andrew O' Hagan, a substantial contributor to the Guardian and one of the last of the great investigative journalists concludes Nick Paget-Brown had no responsibility for  Grenfell nor the post-tragedy chaos.
The Dame was a firm supporter of N P-B when he fought to succeed the awful Cockell
Why?
Because she knew him to be a rare thing in the dirty world of politics.. deep down decent and a man of probity.
The Dame will be buying O' Hagan's new book, THE TOWER

If Paget-Brown had a weakness it was that he lacked that prerequisite in politics of being an adept dissembler.

All decent people should wish Paget-Brown well.
He has been very badly treated.

Posted by the Dame in the HornetsNest 28 comments:

Cllr Campbell has lied to every resident of this Borough.

She promised a listening, caring council. Instead, she has stuffed her team with chums; chums like Mary Weale famous for her sneering 'we hear, but we don't listen'  ......


and 'Silly Willy' Pascal, so dismissive of residents he just deletes their emails!

But, give Dizzy her due; she may not be loyal to residents but she is certainly loyal to her chums.
Mr and Mrs Pascal are now grossing £95,000 a year thanks to us taxpayers and the hopeless Weale is in line for £40,000 a year.


The £1 million she has given to Volpe and his little opera company shows the disdain she has for us little people who pay her £73,000 a year.


Posted by the Dame in the HornetsNest 12 comments:

HOW 'FOXY' VOLPE GOT HIS £1 MILLION TERRACE

This is a transcript of the telephone conversation between ' Dizzy' Campbell and 'Foxy' Volpe and how the £1 million terrace got funded.

Foxy............" Don't tell old Quirkey, darlin' but I need some nice entertaining space for our posh sponsors, Investec, to shake down some of their clients.
Why don't you build it for me and we can pretend it's for proles in the Park? Smart, eh?


Posted by the Dame in the HornetsNest 18 comments:

Dear Dame,
our MP and Labour Councillor, Emma Dent Coad, has taken a well-deserved swipe at the authorities in Hornton Street about the ongoing scandal of taxpayer subsidy for Opera Holland Park according to the Mail On Sunday. But the Mail also reports that she is somewhat constrained because the lead pianist in this years orchestra is none other than the son of Corbyn's Chief of Staff!
Summer is here and once again our beloved Holland Park is a mess thanks to Michael Volpe and his Opera.
Once again, park users have to endure the annual three month construction period for that "tent" and an expanding number of temporary buildings for restaurants, bars and private entertainment.
But this year it is worse than usual. Much worse. A major £800k project was carried out over the winter to create "a paved seating area in front of Holland House". The Council notice showed a computer-generated picture of a  very attractive South Terrace where park users can sit out and enjoy the view.
"A simple, elegant and quiet setting in front of the House and a high quality public amenity in an under-utilised space" the officers from the Planning Committee chirp.
Closer inspection shows that this space is no more than a new foundation for the opera tent and associated entertainment areas that will keep the feet of opera patrons dry. It includes a major new walkway (more like a procession path worthy of Elizabeth 1) which forms a grand entrance to the opera site. This major "new amenity" for public use is nothing of the sort. It is closed to the public from March to October when it is occupied exclusively by Opera Holland Park. The "simple, elegant, outdoor seating area" will only be available to Council Tax payers in the Winter months of November through to February.
I am sure it is not customary for the Dame and her grand friends to take outdoor tea and picnics at this time of the year!

At a time when insurance for Council houses has increased by 85%, thanks to the Grenfell Tower fire; when public services are being cut back and when huge increases in Council Tax have fallen through our letter box, why is the Council blowing ANOTHER £1 million on this opera?

Volpe, a failed Travel Agent, joined the Council staff twenty years ago as an "Events Manager". He persuaded his socially ambitious friend, the disgraced ex-Leader Cllr Cockell, into using Council tax to fund the only civic opera in the UK. Volpe set himself up as Holland Park Opera Director and Cockell arranged for him to be employed by the Library for food and rations. They then spent more than £10 million of council tax on this frippery at a time of great financial stress.
After the Dame led a huge residents' objection to this misuse of funds Volpe was forced to take the Opera private and residents were promised that the subsidies would stop.
But it seems that Volpe still has clout in Hornton Street.

Cllr Campbell’s friends (the vulgar rich residents of Kensington and Chelsea) should go instead to Covent Garden or the English National Opera. Both of them a short tube ride away. With better productions and a cheaper price.

Yours ever,
(Mr) Joe Verdi
Posted by the Dame in the HornetsNest 39 comments: 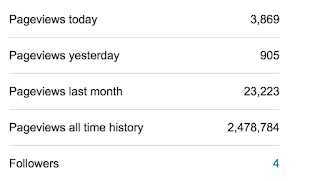 Trowers and Hamlins are a City-based firm advising Clarion how to 'privatise and make money' out of social housing.
This is their advice to Clarion on how to make lots of money in Cale Street!

On their website, they boast of what lovely, cuddly people they are...... when not assisting in the destruction of social housing!

This what their managing partner says about her firm.....

"We are, through our people, active in our local communities and feel privileged to be involved in such a variety of worthwhile initiatives that strive to make a difference to the lives of those around us."

Posted by the Dame in the HornetsNest 17 comments:

WATCH OUT THERE'S A SPOOK ABOUT!

I understand that in the Great War you were engaged in the espionage business.

Presumably, you have kept up with some of your fellow spooks? After all, you are often been seen furtively entering the Special Forces Club. 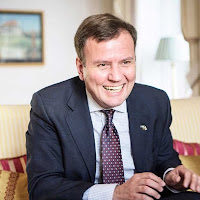 Anyway, enough rambling....
My sources at the very top of the Foreign Office tell me that our MP, Mr Greg Hands once served in Mi6 and can kill with two fingers.

Having looked at his cv it seems quite likely.

I think it’s time he came clean; after all, serving his country in this way should be a ‘badge of honour’

With the Kindest Regards

Majorie P*******y
Posted by the Dame in the HornetsNest 5 comments: