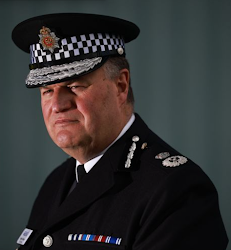 This is what we want our senior police to look like!

What a breath of fresh air....

Greater Manchester Police's new chief constable has said he absolutely would not take the knee. This article in the Manchester Evening News will resonate with all of us. Watson is reverting to old style Divisions and expects senior officers to go out on patrols....leadership by example...at last.

Stephen Watson believes the level of 'woke' policing has passed

a 'high water mark' of tolerance from the public, who would rather see officers catch burglars.

He said the public is 'fed up' with 'virtue-signaling police officers' and believes that the impartiality of officers could be undermined by responses to campaign groups including actions such as taking the knee or wearing their pins, badges or rainbow shoelaces. 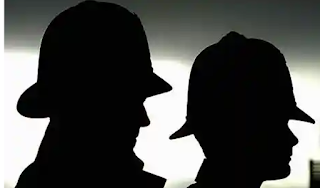 Get back on the streets

This email highlights the sheer fearlessness of London criminals.

We need to return to the days when the Force was run with rigour by officers with a military background who understood man management. Too often we see police aimlessly driving around in vans and luxury 4 x 4's when they should be off their backsides and walking the streets of London.

Sorry about emailing you again this is on a different subject and didn't want to overload you on one email.
On Sunday night, 6th June, with many people walking about a man attempted to steal an Eardley Crescent resident's bike.  Dressed in black and armed with an angle grinder.   He carried on attempting to steal the bike even after residents shouted at him to stop, even banging on their windows.  He only stopped and packed up after more residents came out of their homes to intervene.  This was not the end of it as he came back a few minutes later to try and pull the bike off its chain and only stopped after police arrived with their lights on, they do not appear to have caught the would-be thief.
This is the third time within a year the road has been targeted by thieves with an angle grinder outside residents' homes and bike rack at the Warwick road end.
One feels this is why foot patrols by the Met are important not so much to catch but to deter crime.  As well as to be part of the community and even gather intelligence of criminal goings on!
All the best
A Resident
Posted by the Dame in the HornetsNest 11 comments: 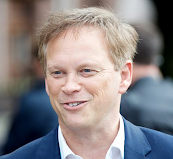 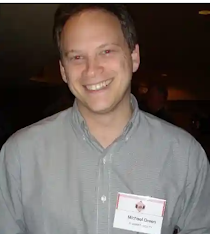 The Rt Hon in Las Vegas posing as Michael Green!

An instance of Shapps's behaviour....

"The MP had been exposed as having used a pen name ‘Michael Green’ to run a web marketing company which told people ‘how to become filthy stinking rich online’ by buying his self-help books, which cost £150. There were photos of Shapps in 2004 at a conference in Las Vegas wearing the name tag of his alter-ego. He also posed in publicity material as a successful businessman in convertible cars and a private plane."

Does it matter this spiv is now Rt Hon Shapps able to tell us when and where we can holiday?

Possibly not: his behaviour is probably considered par for the political course.

What does matter is this.

When honest, decent and capable politicians see this third rater in the Cabinet they could think- with justification, you have to be 'well dodgy' to succeed under the reign of Boris Johnson....

GREEDY DUKE OF BUCCLEUCH ON MANOUVRES OVER S. KEN STATION

A Greedy Duke of Buccleuch

Wolstan Dixie sent out this warning and it should be read with care and attention who thinks the battle against the Buccleuch has been won. READ HERE PLEASE

Somehow, the Buccleuch's have managed to persuade the Director of Planning, Amanda Reid, that foisting this monstrosity on London residents is acceptable.

Reid has deliberately ignored the wishes of tens of thousands of residents who pay her £160,000 a year salary plus platinum-plated pension.

She should consider her position....her interests seem unaligned with residents who love their places of charm and beauty.

God knows what damage she has encouraged in her previous jobs....

SOUTH KEN STATION SAVED BY SAVE ....FOR THE MOMENT.. A DUKE DEFEATED 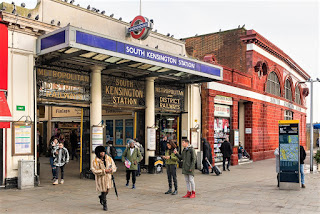 A Scottish Ducal invader has been beaten off by the citizenry of South Ken with the support of councillors and Felicity Buchan. Felicity comes from the Highlands and has no time for Borders riff-raff.

Doubtless Native Land and the Duke will return with something slightly less vile in the hope we will all breathe a sigh of relief.

The Duke's family fortune was based on sheep rustling and other banditry so he needs to be watched like a hawk....a very predatory family.....and he will be back..... 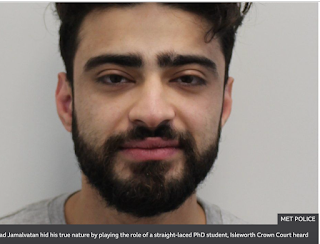 Rape is the evilest of crimes. It leaves the victim with life-changing damage.

This man took advantage of vulnerable women in shocking circumstances.

Instead, Jamalvatan tried to suggest that because of the women's work they could not be trusted.

Quentin Marshall is up before the inquiry and seems to be blundering around all over the shop.

One minute suggesting tenants were impudent and demanding: the next that there was 'humanity deficit'.

The Dame thinks Marshall really rather useless as a ward councillor.

She does recall one amusing interaction.

At a ward meeting Quentin was hugely chuffed to have  got along Rifkind and Pooter Cockell.

Tongue in cheek and displaying suitable faux humility the Dame asked a very pleased with himself Quentin how she should  address Pooter.

Looking very solemn, Quentin declaimed, "he should be called 'Leader'.

The old Dame split her sides laughing at the pretentiousness of it all!

Posted by the Dame in the HornetsNest 14 comments: 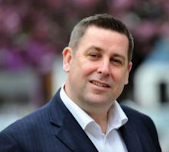 Above is the Leader of Hammersmith & Fulham, Cllr Cowan.

When the Dame first saw a picture of the leader she was minded of one of her thuggish deckhands on her classic steam yacht. What a dreadful-looking fellow....so coarse!

Anyway, it seems that Cllr Cowan, like our own Pooter Cockell, clings on to power and his £50k a year allowance like grim death and has done so for many years.

Cowan likes to rule through fear and loathing and that might account for the sheer awfulness of his council.

Thank you, dear reader, for alerting the Dame to this HORROR STORY