South Kensington Station Development TfL and Native Land have submitted applications (planning and listed building) for the redevelopment of the surrounding buildings at the South Kensington Station. The overall assessment is the proposal is over-development and harmful to the character of the area all of which outweighs supposed benefits especially without fully step free access. We ask that you join us and the other resident’s associations in objecting. The key issues:  Please write to oppose this damaging proposal. Development may have to happen, but it must not be what is proposed here in this harmful form. Object here to the planning applicationAmanda FrameChairmanThe Kensington Society
Posted by the Dame in the HornetsNest 7 comments:

WHY NO COMMENTS ON THREAT TO ROYAL BROMPTON HOSPITAL? 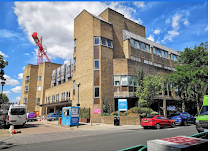 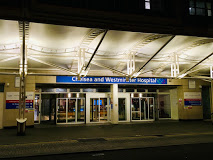 We are blessed to have three of the world's finest hospitals sitting in our midst so the Dame is surprised that when one...The Royal Brompton....is under threat from developers there is not one comment.
The Dame has just sampled the Royal Marsden and has been quite overwhelmed by its excellence.
The absence of comments seems to suggest a resignation to the fate of the Brompton and if the case it's a tragedy.
The Council, on a cross-party basis, is fighting the closure but it needs residents to come behind it.
Looking to the future, what might happen if developers cast their greedy eyes over the Royal Marsden?

There will be a full council meeting on 23rd September discussing the Royal Brompton Hospital proposed closure.

Let us hope that there will be all-party consensus in opposing the closure.

“As one of the councillors for Stanley Ward, I am acutely aware of the importance of having a world-class hospital at the heart of our community and I oppose the closure and relocation of the Royal Brompton.

The sale and potential redevelopment of the site would rob our residents of easy access to vital healthcare and would have a hugely negative impact on the local economy through lost jobs and services.

The Brompton should not be for sale and I will not stand by and watch this prestigious institution removed from our borough”. 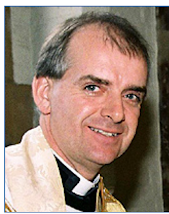 “In the Parish of Chelsea we hugely value the presence of The Royal Brompton Hospital. It brings world-class medicine, outstanding care, jobs, visitors and abundant life into a vibrant neighbourhood. We need the Brompton's life not more luxury apartments. The proximity of St Luke's as neighbour, sharing Sydney Street brings huge mutual benefit. The Brompton Hospital belongs in Chelsea, it is part of Chelsea's DNA”

Posted by the Dame in the HornetsNest No comments:

EXISTENTIAL THREAT TO A GREAT HOSPITAL

It took resident energy and determination to fight off Affinity Sutton and its pretension to being a property developer rather than the housing association it was set up to be.

We now have the NHS England playing the same game with one of the world's great centres of clinical excellence, the Royal Brompton....and again it's all about making money.

Fortunately, there is a groundswell of opposition and Private Eye encapsulates NHS England's sneaky stratagem. 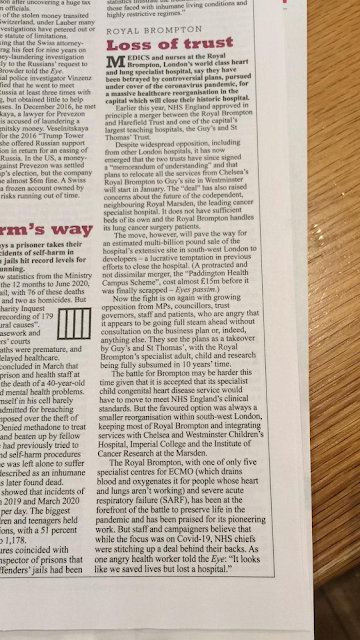 When residents get in touch with the Dame to pay tribute to the Safer  Neighbourhood Team you know that something good is happening.

Step up Sergeant Ganesh Rasaratnam and get an accolade from the Dame on behalf of residents.

No one is saying that the Team has halted the supercars in their tracks but it does seem that it is the beginning of the end of this nightmare and the team have played an important role supported by councillorsThalassites and McVeigh.

Posted by the Dame in the HornetsNest 3 comments:

DENT COAD PROTEGE SWOONS IN THE PRESENCE OF FASCIST LEADER 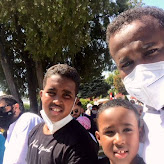 Kasim Ali is not afraid to parade his love of fascist, hard-line Islamist leaders. Just recently he boasted of joining President Erdogan for Juma Prayer.

Here he is with his face covered. An improvement would be if the mask was soundproofed.

Erdogan is a corrupt political thug.

Opponents are incarcerated without any form of judicial process....so far 45,000 freethinkers have been thrown into jail.

The  Dame bets Cllr Atkinson now regrets his over-hasty endorsement of newbie Cllr Ali as the Labour Party’s nominee on the managing board of the moderate and highly reputable Al Manaar Centre in North Kensington.

For a man who has been a Labour Party Member for less than three years Cllr Ali is certainly making himself known....as a dimwitted waste of space with a judgment bypass

A HOUSE DIVIDED IS BAD NEWS FOR ALL OF US

You might think sensible and senior Conservatives would relish a divided opposition but that is not the case according to Cllr Johnny Thalassites.

Thalassites, though young, seems to be doing a rather good job.
He believes, like all of us, that it is unhealthy for democracy when an opposition party is not holding any ruling group, whatever their politics, to account.
Of course, he is 100% correct.
It's refreshing to hear the new generation of council leaders sufficiently confident in what they are doing welcoming sensible and reasonable scrutiny.
So, will the divided Labour Group heed Thalassites' fears?
We will have to wait and see but don't hold your breath.
Posted by the Dame in the HornetsNest 66 comments:

Guidance Opportunity: Allocation of Community Infrastructure Levy https://planningconsult.rbkc.gov.uk/consult.ti/NCILbids The Council recently put out a “call for projects” to fund from moneys that they have been collecting from developers since 2015 under the Community Infrastructure Levy (CIL) scheme. There is some quite serious money available, and bids must be in by 19 August. If you have any ideas, please send them to the Council ASAP. The CIL scheme was introduced by central Government to allow local authorities to charge a levy on new developments in their area, to finance infrastructure to “support” the new development. Infrastructure is broadly defined. It can include for instance improving local streets; the creation of open spaces; the installation of CCTV cameras for community safety; extra policing resources; better facilities for cycling; and measures to improve air quality. The bulk of the funds will go on big projects. But the Council must set aside 15% for projects in the neighbourhood of the development from which the CIL was collected – called “Neighbourhood CIL” or NCIL. The total available for neighbourhood projects currently stands at £2,621,121 – not negligible. It is up to the Council to decide how to distribute the NCIL money geographically – although there must be some connection with the area from which the money was raised. The Council decided, without any consultation, that the funds should be allocated on a ward basis. As some wards (generally the richer ones or those with big building projects) have far more development projects than others, there are big disparities between wards as regards how much each gets. In Kensington, the breakdown is as follows: Abingdon £287,018 Campden £ 57,853 Colville £ 40,991 Courtfield £ 49,404 Dalgarno £ 42,368 (of which £7,078 is to be spent within the St Quintin’s Neighbourhood plan area) Earl’s Court £ 48,528 Golborne £ 46,968 Holland £668,035 Norland £ 92,651 (of which £57, 462 is to be spent within the Norland Neighbourhood Plan area) Notting Dale £44,635 (to be spent outside Norland Neighbourhood Plan area) Pembridge £123,571 Queen’s Gate £ 46,001 St Helens £ 58,111 (of which £22,922 to be spent within the St Quintin’s Neighbourhood Plan area) The Council consulted earlier on what local communities saw as their main priorities. The top borough-wide priorities identified by the (very few) people who responded were: Air quality Policing resources and emergency services Parks and open spaces Streetscape Community safety These various priorities have now been adopted by the Council. However, it has been agreed that, while ward councillors (who will be responsible for choosing projects) should be guided by the community priorities identified for their wards, this does not preclude them from spending on NCIL projects that fall within other priorities. Applications for funds can be made online at https://planningconsult.rbkc.gov.uk/consult.ti/NCILbids It is also possible to apply by email or post. Address: Call for Projects, NCIL funding, RBKC Town Hall, Hornton Street, W8 7NX The funds are in addition to the existing “City Living Local Life” money that the Council has for some years allocated to each ward mainly for small one-off local projects – now to be increased to £30k for wards with for three councillors and £21k for two councillor wards. As projects must be approved by local councillors, it may help if you could discuss any proposals with your ward councillors. If there is a community project that you feel would improve/benefit your area, please go onto the website, or write, and send in your comments. This money is for your area and you should exercise your right to direct the funds. Amanda Frame Chairman The Kensington Society
Posted by the Dame in the HornetsNest 2 comments: