The charming and much loved Didier Garnier has been around Chelsea for longer than the Dame can remember: he is part of the fabric of Chelsea life. Chelsea restaurants come and go but Le Colombier is an immovable fixture. We all need to keep it that way. Didier was also involved with

For years, Didier's landlords have been trying to find ways to kick him out; each time they have failed. They have now come up yet another dishonest ruse to remove a perennial Chelsea favourite.
A community like ours needs its neighbourhood restaurants.
If you click HERE you can quickly add your objection to those of others who love Le Colombier. Also, read the objection from the restaurant: it shows the lengths the landlord will go to in order to get his own way.

The owner of the site who has tried to close down this local business before - and whose manoeuvrings were rejected on appeal by the Planning Inspector is now trying it on again - this time by getting a change of use to a shop. RBKC is recommending this be granted. Why?

Many have objected, including the Chelsea Society

Le Colombier is a successful local business and very much a neighbourhood institution. Why is RBKC so out of step with the community it should be serving?

Mrs Ernest Biggles
Posted by the Dame in the HornetsNest 36 comments:

ALL NIGHT MACDONALDS AND BLATANT HYPOCRISY 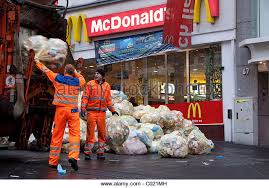 
They feel residents should stick together in opposing inappropriate development.

Interestingly, Martin Flash and Georgia and Nick Coleridge of Royal Avenue (Tim Coleridge’s brother) have both decried the potential development.
But many residents are surprised that the Flash/Coleridge group- so dismayed about MacDonalds's plan- are happy for other parts of Chelsea to be blighted by the proposed Crossrail station.


Indeed, Nick Coleridge has said that MacDonalds will be much worse because the station is underground and won’t affect anyone.


Are these supporters of a Crossrail station hypocrites?
Does he really believe the proposed station will not support fast food outlets?
If he does he's either naive or a liar.
Would they support a station if it was on the site of MacDonalds and affected them?
Or are they happy for development in someone else’s backyard but not their own?
Posted by the Dame in the HornetsNest 8 comments: 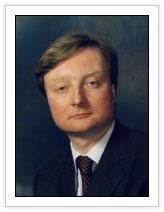 There is something indomitable about the family and carers of the disabled: obstacles dissolve in front of them and they have a tenacity which puts the fear of God into any bureaucrat getting in their way. 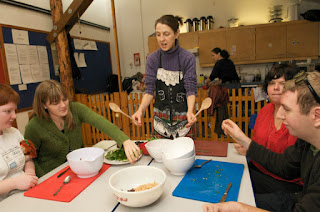 Full of Life is a superb local charity. It provides support and advice to those caring for the disabled and has an impressive vanguard of supporters.

Since its foundation in 1994 it has helped over 500 local families with special needs.

The delightfully funny film is well worth watching and the Dame commends Full of Life as worthy of all our support.

Click HERE to see not just the film abut also read more about a wonderful local charity
Posted by the Dame in the HornetsNest 9 comments:

Nothing engages this island race more than the weather: we just can't stop talking about it, even though it rarely threatens our lives and families.


So when the Dame reads about the horrors facing another island she is moved to tears.


Haiti is an island that never seems to get a break.
When things to seem to be improving a hurricane arrives to set them back to square one.
Anyway, a favourite of the Dame wrote to her and the Dame reproduces her missive here....
We are all so lucky: the Haitians are so undeservedly unlucky.
The Dame will be making a contribution and begs her kind Hornets to do the same.

I know some of your readers are people whose lives are reasonably comfortable, who can afford their bills and a little on top. Even if not, I'm sure many could spare £5 minimum to help out the utterly desperate situation of those desolated people in Haiti, who have lost even the poor scraps of belongings and home they had a week ago. Many are still living in shanty towns since the earthquake in 2010. Even those are now flattened.

Oxfam spends just 10% on admin etc. Please please ask your readers to contribute what they can to help the worst affected, who will quite frankly die if there is no financial support to supply the medical and other basic needs they need desperately - right now.
By clicking HERE
Posted by the Dame in the HornetsNest 1 comment:

GIVE US OUR MONEY BACK, HOLGATE!

Conservative governments have railed against councils sitting on excessive reserves.
Last week the Dame and some of her financially savvy 'ladies' attended the Audit Committee

To their astonishment, they learned the Rotten Borough sits on some £300 million of usable reserves!
It's been accumulated through over taxation and flogging off the family silver
You can see the detail HERE
Listed first on the website is the quaintly named "Audit and Transparency Committee" Public Agenda for its meeting on 29th September.


The document is a treasure trove of information of interest to residents.
One particularly amusing comment is that RBKC considers all sums of residents’ funds of £500,000 or less - "trivial."RBKC's equally entertaining Accounts 2015/16 are third on the website list.”
Posted by the Dame in the HornetsNest 3 comments:

Who is the obnoxious bully attempting to close down a Chelsea institution?
The Dame demands names be named!
The Chelsea Society has written this terrific defence of the Club.
Well done, the Chelsea Society. 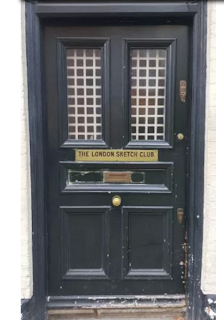 For well over a hundred years Chelsea has provided homes and studios and social life for some of the world’s greatest artists, including Turner, Millais, Holman Hunt, Munnings, Sargent, Augustus John, Burne-Jones, Whistler, Rossetti, and many others.
Today the artistic community has lost some of the vitality which it had in its greatest years – but it still survives.  Everyone has heard of the Chelsea Arts Club, which not only survives but embodies to this day the special charm and character of Chelsea, which The Chelsea Society is committed to support and enhance. 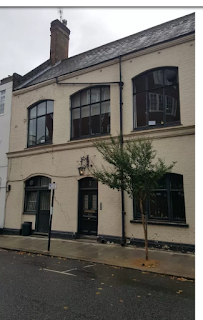 Less well known is the London Sketch Club, which has been the home of graphic artists and illustrators for more than a century. Some of its best known members included H.M. Bateman, Heath Robinson, Harry Rowntree, Frank Reynolds, Baden-Powell, Terence Cuneo, and Tom Browne (who created the “Johnny Walker” character).  The Club moved to its present home in Dilke Street in 1957.
Every Friday evening from October to May the members get together in their studio cum-clubhouse cum-dining room and they draw and paint for two hours.  The works are then pinned on the walls and a lively discussion ensues over bread, cheese and ample supplies of wine and beer.   Over many years the social life of the Club was enlivened by Charlie Chaplin, Stanley Holloway, Victor MaClure, Cyril Fletcher, Philip Harben, Max Jaffa, and many others, who were delighted to be associated with the Club.  Going into the Sketch Club is like entering a time-warp.  It remains one of London’s best kept secrets and forms a link with the artists, illustrators and writers of a century ago.
But – the social life of the Sketch Club is now under threat from an individual who has bought a house next door.  He moved next to the Club when he knew or ought to have known what it was – making a considerable noise during his refurbishment works and then started to object to the members playing their piano, singing and doing what they have always done.  The other neighbours understand and value the important contribution which the Club makes to their community, and we have heard no complaints from them.
This individual has even persuaded the Council to issue a noise-abatement notice, and is trying to get the Club’s licence revoked.
We hope he fails, and that he begins to understand what kind of place Chelsea is – or moves away to a place which is more consistent with his own lifestyle.
Posted by the Dame in the HornetsNest 2 comments: