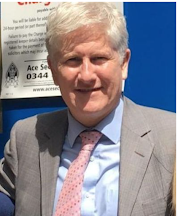 The Dame remembers the days when local councils were peopled by independently minded councillors.

They stood as Independents so as to follow their conscience without some Little Hitler/Stalin/Mao of a Council leader telling them what or what not to think.

On RBKC we have Ian Henderson, councillor for Colville Ward.

Ian defied the Certifiable wing of his party to join a cross-party food delivery service for those in need.

This caused such a ruckus the 'Certifiables' decided that he be cast into utter political darkness for daring to be filmed with Conservative councillors.

Fortunately, commonsense intervened and a first-class councillor, popular with everybody, has been allowed to carry on doing what he excels at....helping those who elected him.