NAILING NAYLOR: THE RICH NHS MANAGER BEHIND THE DESTRUCTION OF THE ROYAL BROMPTON

The man behind the drive to demolish the Royal Brompton Hospital is a 'just retired', long time NHS manager and the 5th highest paid in that firmament of management mediocrity.

Meet Sir Robert Naylor who greedily claims the Royal Brompton site is worth a billion to housebuilders....

He is now has a substantial stake in a company called Justcontractmanagement LINK where his son James is also employed.

What the Dame wants to know is how Naylor-on an albeit chunky NHS salary, managed to accumulate so many riches that he can boast, 'property investments that have given him an alternative income stream'. 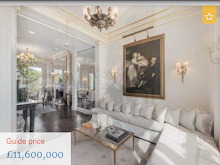 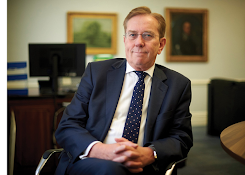 Smug looking Knight of the Realm

In a 2016 interview, Naylor boasted about his property investments.

This made the nosy old Dame check him out at Companies House.

His company, Robert Naylor Consulting is based at 4 Chester Terrace where homes like the one above seem well above the paygrade for an NHS manager....more like a City banker!

"Naylor has a reputation for speaking truth to power – something which doesn’t always guarantee a long career as a chief executive. He admits he has been lucky not to be as dependent on his NHS job as many others: property investments have given him an alternative income stream.

“Some people have commented that my job was easier because I had other sources of income. I agree that I could be more outspoken in my views because my children’s education and mortgage payments were not always on the line. It does help if you have a degree of financial security,” he says."

The Dame will be passing this one over to one of the nationals.