THE DEATH THROES OF A GREAT WORLD CLASS HOSPITAL 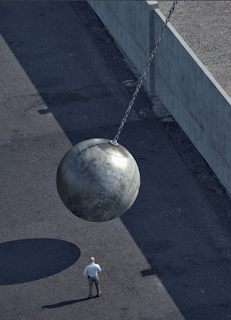 RBKC Health Services Scrutiny Committee is going ahead with a joint Meeting/Consultation with the Royal Brompton & NHS England on   November 19th under the inexperienced chairmanship of Cllr. Marwan Elnagh.

But they might as well save their breath and avoid giving the dirty deed the fake respectability of public consultation.

The Brompton Board have already been instructed to support the move, and even worse-the original bribe of new ‘all singing all dancing’ premises at St Thomas has now been withdrawn...(or in polite terms ‘indefinitely postponed’)

This is disastrous  because :

a) any theoretical efficiencies and improvements by combining sites and services will be lost as some services will continue on the current Brompton site for years to come.

b) because of ‘the mirage’ of an eventual new building at St Thomas, all maintenance and improvements to the Brompton buildings will now cease – so in 7 years time the building will be closed & flogged off because it will have become a slum and deemed unfit for purpose.

c) NHS England has had the brass neck to now style the move to St Thomas as a ‘Statutory Acquisition’ which, most conveniently for them, does not require public consultation.

So under the cover of the international pandemic (where ironically much of the fight back is actually taking place at the Royal Brompton) the sinister property developers who have now got their hands firmly on the future of NHS assets and services, are accelerating their plans to steal the people’s assets and close and sell the hugely valuable and convenient Brompton site.

One can only hope that the emergency scrutiny meeting on November 19th is not the usual festival of polite obsequiousness that Health Scrutiny has become under the new Labour Chair. For once let's not spend half the meeting thanking people for deigning to attend - no matter what rubbish and lies they spout.

At this meeting Councillors of all parties must scream and shout and not be polite as the world class services on Fulham Road begin to be withdrawn.

The medics and patients whose future is being sold down the river cannot make their voices heard so Councillors and local MP’s must speak for us all.

Let us all watch and judge which of our elected representatives do actually speak up for our interests and which sit there in silence or actively collude in the farce of public consultation after the decision has been made.  Hammersmith council saved Charring Cross Hospital is there any chance that RBKC will try to do likewise?