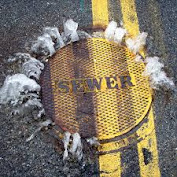 In mid-July tons of sewage ruined homes and businesses yet not a word of apology from this partially owned Chinese/Middle Eastern company.

We have had far more intense rain in the past so what went wrong?

An expert suggested that there was an airlock which explained why the levels rapidly declined. Others say poorly maintained sewers.

So far, the Chairman, Ian Marchant, ex CEO of scandal-ridden SSE has hidden behind his underlings

On Monday, it will be your moment to question Thames Water. The Dame doubts the chairman or CEO will dare show their faces.

The Overview & Scrutiny Committee organising this event need to ensure they don't filter out difficult questions.

The Dame will be putting forward her questions and asked you to put them up too.

Basic utility companies like Thames Water should never have been privatised let alone fall into the hands of greedy Chinese and Middle Eastern despots. We are paying the price of ill-thought through short-termism.