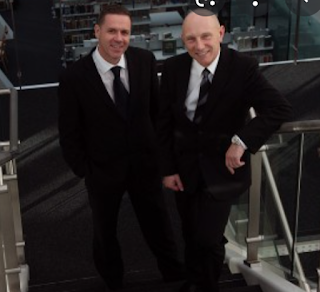 So Colin Hall is going but what about his close associate, David Chappell, and other members of the so-called leadership team? As importantly, how and who appointed Jane Farrell, the new chair of the governors?
Many parents and staff feel Messrs Hall and  Chappell should be investigated for failing the pupils and the community.
Walking away 'Scot Free' should not be an option.
Likewise, Anne Marie Carrie should not be allowed to just ride off into the sunset.
Her failure is appalling especially given her past Barnardo's role.
Other Governors are not blameless.
They too should be subject to questioning since they failed in their duties and responsibilities.
The  letter from the newly appointed chair of governors, Jane Farrell, paying tribute to Hall’s achievements is truly  BIZARRE
In financing the building, RBKC admitted to a cost of £80million but probably nearer £100 million.
However, since its opening RBKC has had no control over the school given its Academy status.
So this puts the Secretary of State for Education in the frame for its failure and Ofsted for allowing itself to be totally misled by Hall and his cronies.
Academies, including free schools, are directly accountable to the Secretary of State for Education: all other state-funded schools are accountable to local authorities but both are inspected by Ofsted
On top of all this, there are still outstanding building and lease issues to be resolved
A. Potential irreparable damage to the swimming pool
B. Structural damage to the basement
C. Glass breakages
D. Stone facade panels prone to falling off.

Now that the school is an Academy ultimate responsibility for the proper management rests with the Head and HPA's Governors.
Failing to rectify these serious and outstanding issues will mean liability will fall to each Governor.... personally.
Just imagine the outcry if death or serious injury to a student resulted from a falling stone facade..... especially when the problem had been known for years unrectified.
No doubt HPA's lawyers Mishcon de Reya(who don't 'do'cheap) will be looking forward to huge fees for sorting out these various messes.
But who will pay these fees?
Don't hold your breath.... it could well be, you, the poor bloody RBKC taxpayer footing the bill!
Yours, Dear Dame...looking back in anger
Posted by the Dame in the HornetsNest