THE ROYAL BROMPTON LEADERSHIP....WHAT A SHOWER

The Royal Brompton has some colourful 'characters' leading it.

First off is the CE, Lebanese born, Bob Bell seen here with his brace of Purdeys shooting on the Earl of T******l spread noted for its high birds.......

Bob behind the blonde bird

Then the Dame heard about the lead governor, the controverial Col Mates, one time MP and such a good friend of convicted fraudster, Asil Nadir, he gave him a watch engraved with, "Don't Let The Buggers Get You Down"

The Dame then remembered other controversies the Colonel had got emeshed with.... The Panama Papers revealed that Mates was minority shareholder of an offshore investment company named Haylandale Limited from 2005 to at least April 2010, the end of his parliamentary period, and owned four subsidiary firms from August 2007 to December 2008 for leasing and services connected to luxury properties in the Bahamas. The Colonel  had, however, previously declared that he was the remunerated Chairman of Haylandale, which undertook property development in the West Indies in the Register of Members' Interests for the period of 2005 to 2010. 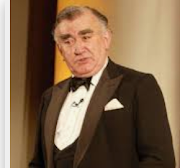 No Mates with Hands

Then we have corporate accident prone Baroness Morgan leading up the rear. The Dame has dealt with her previously.

What a very interesting bunch.

Makes the excellent leadership team at the wonderful Royal Marsden look quite worthy and dull!