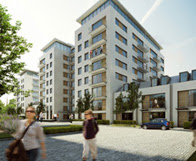 They claim the adoption of the Earl’s Court/West Kensington Supplementary Planning Document (SPD) by the London Borough of Hammersmith and Fulham (LBHF) and by the Royal Borough of Kensington and Chelsea (RBKC) was unlawful.


The claim was served on EC Properties, the wholly-owned subsidiary of Capital and Counties Properties (Capco); Transport for London; and the Mayor of London’s Office/Greater London Authority.

“The defendants have failed to follow the correct procedures in adopting their regeneration plans despite receiving several warnings from residents and others that their actions were unlawful,” said Michael Webster, a Partner in the City firm representing the residents, Webster Dixon.

“There is an overwhelming objection by the residents to the demolition of their homes for the sake of a private development. The protection of family homes and the welfare of individuals, many of whom are vulnerable, should not be sacrificed for the profits of a billion pound developer.”
The majority of estate residents rejected the plans in a resident survey earlier this year.
Sally Taylor, Chair of West Kensington Tenants and Residents Association, said residents won’t accept demolition.
“This is a close-knit community; there’s nothing wrong with our homes,” she said. “The council’s planning policy is not only immoral, now we have asked the High Court of Justice to declare it unlawful.”

A Hammersmith and Fulham Council Spokesman said: "We have just received notification of this claim and the matter is currently being considered by our lawyers."
In a statement Capco said: “An application for a judicial review of the local authorities’ Supplementary Planning Document for the Earls Court Opportunity Area has been made by certain residents of the Gibbs Green and West Kensington Estates who are opposed to the council’s plans.

"Capco has been notified as an interested party but this is a matter for RBKC and LBHF to consider. We believe the SPD and our respective planning applications made in June of last year will deliver huge benefits and command considerable public support. The applications are in line with the adopted Core Strategies and planning policies of the local authorities. We look forward to their consideration in due course.”