NEW PLAN FOR CROSSRAIL BRINGS BACK THE DAME'S WARTIME MEMORIES

Following on from last week's rather interesting meeting of the "No Crossrail in Chelsea" campaign at Chelsea Old Town Hall the Dame's spies tell her that nefarious activity is once again afoot.

Word has reached the Dame that some of those opposing the station are no longer suggesting that Chelsea doesn't need a station, merely that it should go elsewhere.
Not in their back yard, someone else's. We have been here before.
They are telling anyone who'll listen that the station should be relocated to the site of the old Chelsea and Fulham railway station, between the Kings Road and Fulham Road, just south of Stamford Bridge.

Being a bit of an old wartime bird the Dame does recall the old Chelsea and Fulham railway station. Nice as it was it was closed after being bombed in the war and never reopened.

Now the Dame doesn't know much about trains but those who do don't seem to think that this a particularly good idea.

The site is apparently too far to the west. TfL has previously rejected suggestions to locate the Crossrail 2 station near Imperial Wharf, claiming the route from Clapham to Victoria would then be too long and the curve of the line too great. A proposal where the line would end up even longer and the curve even greater would appear to have no legs.

And the old Chelsea and Fulham station was built upon long ago. 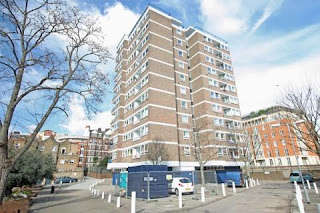 There is Council housing to the west of the railway line, the Wandon Estate in Wandon Road, and a private development to the east, the Kings development at 552 Kings Road.


Given last summer's events any proposal that results in the loss of homes is risky at best, foolish at worst. It is only a matter of time before accusations of social cleansing and shipping people to Dagenham start to fly.

The Dame's spies are baffled as to why those who oppose the station don't stick to opposing the station, exactly as they had proposed at their meeting. That, at least, is a plan that all of Chelsea's residents might be convinced to support. Sneakily trying to stick it in someone else's back yard (again) isn't.

Perhaps Greg Hands should be told? His email address is mail@greghands.com.