ALARM! MORE WASTE BOUGHT TO YOU FROM RBK&C!

Councillors? This panic alarm may be free in your minds but it is actually paid for by hard-pressed taxpayers facing roaring inflation and income decimation.

Any politician with a modicum of commonsense would have asked him/herself...."who can I get to pay for this as a PR exercise?"

The answer would have been a bank or perhaps a Waitrose. Instead, the Council decides to splash our cash.

It makes one despair!

Posted by the Dame in the HornetsNest 22 comments:

We are often told how hard up councils are....don't you believe a word of it. Our Council is just about to have to pay out a huge sum in compensation after a co-worker made a lewd comment.

You can read the STEAMY STUFF HERE 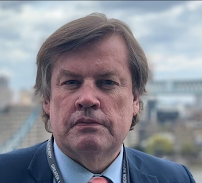 A senior accountant on £150,000-a-year and his £100,0000-a-year younger female colleague wins payout from RBK&C council for sex harassment after workmate told colleagues they were having an affair and popping off for amatory activities instead of bean-counting 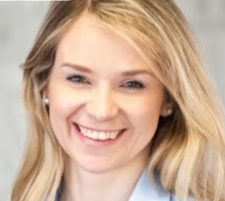 Posted by the Dame in the HornetsNest 16 comments:

Evidently, Lloyd North objects to his exotic past being ventilated in the media.

Posted by the Dame in the HornetsNest 40 comments:

IN PRAISE OF KIM TAYLOR-SMITH, THE DEPUTY LEADER 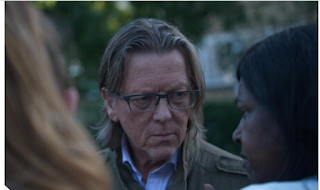 Kim Taylor-Smith has what must be the most challenging of jobs: one that gets no thanks and all the brickbats.

His role is to conjure up housing out of thin air for the world and his wife who wants to be in Kensington and nowhere else.

We are fortunate to have Kim as deputy leader.

He is a highly successful businessman. He wears his success lightly. He is unpompous; good with people and has a genuine interest in doing the right thing in the most challenging of circumstances.

Even those in the north of the Borough agree that his motivations are good.

The only pity is that he is not Leader: he would be outstanding.

The Dame ends by picking out a particularly accurate comment

Norland Conservative wrote: "Kim is courteous, knowledgeable and responsive. He is respected by the residents of the wards in the North even if they don't always agree with him. A complete contrast to the disinterested and hardly ever seen Councillor Campbell. You cannot avoid the feeling that Kim is there from a passion to make a genuine improvement to people's lives while Campbell is there for the power kick and her own personal ambitions."

CAMPBELL AND THE GRENFELL TRAGEDY 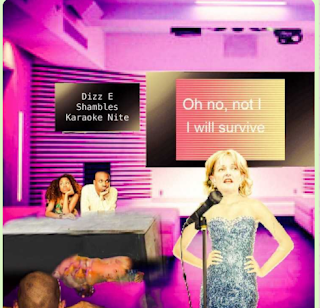 This Is North Kensington(THINK) has launched a devasting critique of the Council leader.

It accuses her of a multitude of mistakes and misjudgments.

It now seems the Leader is casting herself as a sort of spokesperson for London in an effort to get herself a peerage.

But Elizabeth Campbell was a Cabinet member at the time of Grenfell. She must be disconnected from reality to think she would ever be ennobled carrying so much Grenfell baggage,

There would be fury, not just in North Kensington but throughout the Borough and beyond.

The Dame will say no more.She leaves her readers to ponder upon the THINK piece: it should be required reading for all....whatever their political inclinations.

The days when the Kensington Conservative Association could be accused of being staid are in the far distant past.

It's so good to see the Leader, Cllr Campbell opening up the council in this way. In the image, you can see Councillor 'in waiting' North strutting his stuff in this quaint ensemble.

The Dame warns councillors that the Leader plans to make use of Lloyd's varied skills by appointing him Chief Whip.

That should keep certain out of order councillors in order.

Posted by the Dame in the HornetsNest 36 comments:

COME ON FELICITY....GET OFF THE BLOODY FENCE AND SHOW SOME GUTS!

This is Rebwar Ahmed, an Iraqui people smuggler.

He has just received a 31 month sentence at Canterbury Crown Court.

Hapless Priti Patel was gleeful at the severity of his sentence: Mr Ahmed was gleeful too.

He knows he will be out in a year and back in business.

Had he been trafficking in cannabis rather than the lives of people he would have gone down for several years.

One wonders whether Felicity Buchan thinks this sentence fits the crime.

Felicity is on a mission to become a junior minister and so won't be 'calling out' Patel....what a mad world.

Posted by the Dame in the HornetsNest 4 comments:

Fuming residents of Campden Ward have been calling up the Dame complaining they have seen 'not hide nor hair' of Cllr Wason ever since he started playing Squire Wason at his Thameside mansion in Henley.

Friends of Cllr Wason tell the Dame the Councillor has little time for Campden people and is focussing his attention on winning over members of the Henley Conservative Association.

It seems he thinks he's a shoo-in for the parliamentary seat and the councillor job a mere stop on the way.

The Association chairman, Daniel Bausor, told a friend of the Dame that Wason was, "all over him like a cheap suit"

Come on Wason....you are a Campden Ward councillor...

Do your job or resign.