Every year RBK&C, in its pathetic desire to appear 'street and edgy', slaps taxpayers in the face by throwing thousands of pound at a pointless and unwatched series of 'manifestations', which nobody has the slightest interest in.
Under the leadership of Nick Paget-Brown one might have thought a halt would be called to this squandering of money and the savings deployed to facilities that make a real difference.

A reader has written this to the Dame

The below is currently being advertised on the RBK&C website:
InTRANSIT street festival returns
Art will be taking to the streets again this summer when Kensington and Chelsea's InTRANSIT festival returns bigger and better than ever before from 18 to 27 July.

I note that the web blurb includes the following:

This year the Council has commissioned design and production team O' Neill(Cllr?) Ross to curate the festival. Their experience includes production and design of Secret Cinema (2010 to 2013) as well as site-specific projects with The London Contemporary Orchestra and Silent Opera.

This couldn’t be Cllr Dez O’Neill could it? 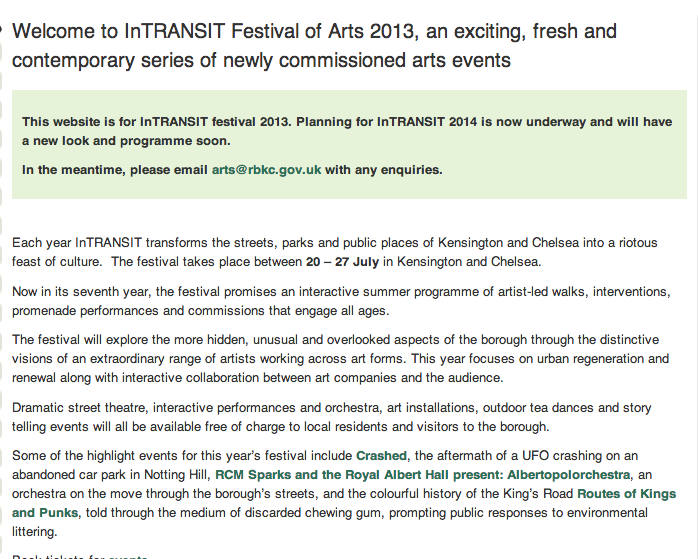