Sometimes the Dame has a need to apologise.
The original letter was transcribed so Fay's letter was not full of spelling and other errors. Apologies to Fay Edwards. 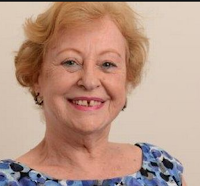 Astounded of Chelsea26 September 2017 at 21:20
The Chairman of the TMO, Fay Edwards, BEM (which is, for those who do not know, the Bullshit Every Minute Medal) has surpassed herself. In a letter to Company Members, she has the audacity to say that the winding up of the TMO will be a "disappointment" to some. Take it from me,darling, the many not the few are ecstatic about the folding of the TMO. I am looking forward to paying the £1 required of every member of the Company on its winding up.

The only people who will be "disappointed" by the TMO folding are those drawing fat salaries for sitting on their arses and achieving nothing comparable to their counterparts on similar salaries in the commercial sector. And lest we forget, those scroungers on the TMO Board claiming means-tested benefits and deceiving Social Security into believing that these payments are out of pocket expenses. None of these scroungers, who are walking away with over £ 100 a month for calling themselves "Directors," have their Social Security or Housing Benefit reduced.
To think, I pay tax to help keep TMO Board members in a life of luxury; the same people who oversaw the management of Grenfell Tower. This expenses deception started back in the day of Gordon Perry and was enjoyed by the good friends of the TMO who became Resident Directors.
These same people, who were scrounging, saw off the many decent people who were unfortunate enough to live in a RBK&C Council flat.

It used to be a joke that expenses allowances paid for the fags of one long standing Board member.


Posted by the Dame in the HornetsNest