TMO TO BE REPORTED TO LOCAL GOVERNMENT OMBUDSMAN 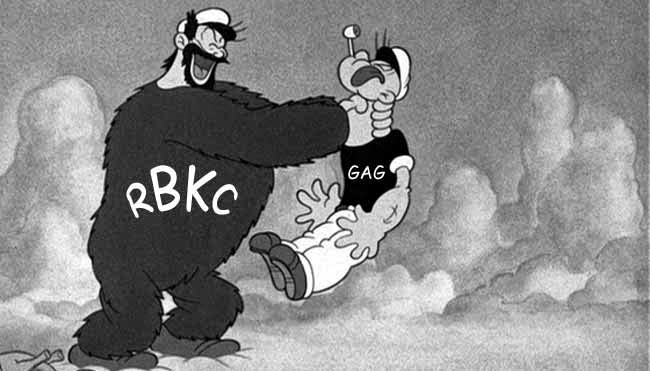 It seems that the poor old TMO is getting hit left right and centre...racism; corruption; bullying....what a mess.

Dear Councillor Paget Brown,
I am writing to you, on behalf of the Grenfell Action Group, in your role as Leader of The Royal Borough of Kensington and Chelsea, to ask you to investigate the actions of the Council's Planning Dept and the TMO who are brazenly breaking the law by failing to consult with residents during the Grenfell Tower Improvement Works.
I would like to lodge a formal complaint against the Council and ask that this matter be referred for immediate investigation to your Monitoring Officer, Leverne Parker, so that it can eventually be brought to the notice of the local Government Ombudsman. In particular we wish to highlight the fact that we believe the TMO have acted illegally by not consulting with residents with regards the latest type of windows they plan to install in our properties as part of the improvement works and we believe that the TMO and their building contractor, Rydon, are planning to replace their original choice of window with a inferior and cheaper aluminium model much to the detriment of residents long-term welfare. We believe that residents have a right to know what is really going on with regard to the proposed works to our properties and that the TMO and Rydons have a legal duty to consult and be open with us which they are patently failing to honour. As an example, our recent attempts under Freedom of Information legislation to obtain the minutes to the "end of month" meetings between the TMO, Rydons and the architect Studio E have been refused by Fola Kafiydia (Head of TMO Governance).
The Grenfell Action Group believe that this refusal to share legitimate information with the residents of Grenfell Tower shows that the TMO and Rydon have something to hide from our community and they should be ashamed of their need for secrecy. We are tenants not terrorists! In addition, we believe that the latest attempt by the TMO to apply changes to the planning permission granted by the RBKC in January 2014 (Ref: PP/12/04097) are illegal, as they have been proposed without any consultation with residents, and we are asking you as the Leader of the Council to investigate these allegations as a matter of urgency. According to the TMO Tenancy Handbook, and in line with residents rights under Acts of Parliament and Government Regulations, tenants and leaseholders have a right to be consulted on any modernisation or improvement planned for our homes. We believe that the TMO have patently failed to abide by their obligation to follow the Law in this respect and, therefore, do not have the authority to apply for a change to their original planning permission. While most residents in Grenfell Tower welcome the improvement works we also believe that we should be properly consulted before we simply surrender our homes to the TMO's building contractor. We were originally promised by Paul Downton, the previous TMO Lead on the Grenfell Tower Improvement Works, that residents would be consulted and given the opportunity to view and comment on a variety of different windows. We were informed at the time that the TMO would be open to engaging with residents and taking on board their feedback. To date (and nearly two years later) these promises have been broken as no residents have ever been provided with an example of the proposed windows or been given a formal opportunity to submit comments on the type of window that will be used. This is illegal. Now we hear that residents will, in fact, never be given any opportunity to comment on the final choice of windows that we are to receive as they have already been chosen by the RBKC Planning Dept. Residents in Grenfell Tower that we have spoken with feel most aggrieved and believe that we should have been consulted before the final choice of windows was decided and  residents should have a say in the type of window that we receive. We have taken the liberty of copying this correspondence to our elected representative at Parliament, Sir Malcolm Rifkind and also to the local Press and can assure you that we will not let this matter drop until the Council, the Planning Dept and the TMO start treating residents with some respect and consult with us about the proposed improvements to our homes as you are required to do by Law. In the meantime, please can you assure our community that the current application with regard planning permission changes will not be sought by the Council without first properly considering the views of residents? Regards,
Posted by the Dame in the HornetsNest