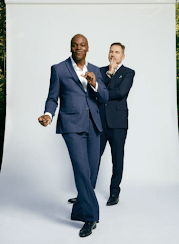 Shaun Bailey's pitch to Conservative Party leadership was, in essence, "I am black and come from the ghetto"

Had anyone taken the trouble to do a modicum of research they would have found that the 'ghetto' he talked of was a rather attractive area of town where houses sell for around £1.7m.

The only thing he got right was that he was black.

The Dame was once persuaded by a friend to have a sandwich with Bailey. He subjected her to a 60-minute monologue and asked not one question.

He has managed to alienate three important news sources in this part of London and that takes a Herculean effort.

The Conservative Party made a massive miscalculation in backing this man.

His appalling record as one of the laziest members of the London Assembly should have been a warning that Bailey was an insubstantial dud.